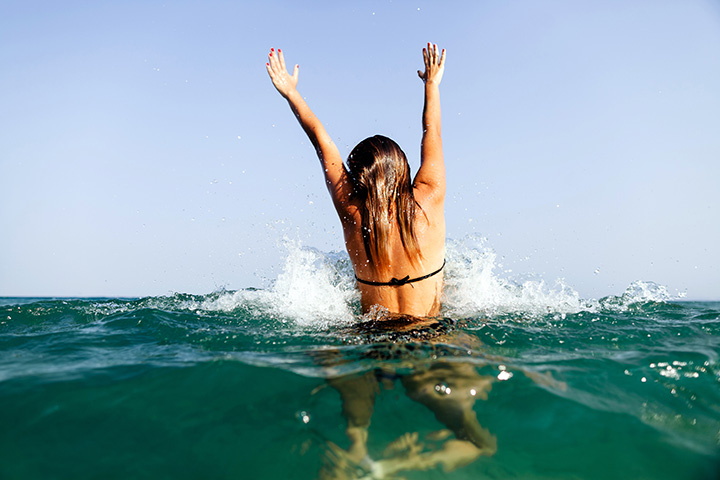 Lincoln Park began as a public cemetery during Chicago's early history, and was first designated as parkland in 1860. Over the years, it has grown into a large park of 1212 acres, especially due to many landfill extensions. Oak Street beach is one landfill addition. In the 1870s, Lake Shore Drive had been extended to connect such with Pine Street (which is now N. Michigan Avenue). However, this stretch of Lake Shore Drive had suffered extensive damage from storms and lakeshore erosion, and it became necessary to construct a large breakwater system. The Lincoln Park Commission built a breakwater which extended from North Avenue to Oak Street, and then even farther south to Ohio Street. This project included a new sand beach at Oak Street in the late 1890s. Chicago's Drainage Canal was completed in 1899, which diverted sewage that had previously been dumped into Lake Michigan. This innovation made the lake much more desirable for swimming and bathing. Over the course of the century, Oak Street Beach has become one of Chicago's most popular and fashionable beaches, and is definitely a place to see and be seen.

Oak Street Beach is not affiliated with AmericanTowns Media
Share